Questions and Answers about UAVs | Why a pro drone shooting is expensive | Is using a UAV essential for all videos ?

You are a creative person and flying drones challenges you everyday ? Us too!
You do not like pre-conceived ideas, beaten track and conformism? Neither us!

Lets go for some straightforward answers to legitimate questions, you might never have asked us!

DroneFAQ#01: Drone shooting is trendy, but is it unavoidable?

Absolutely not! Do not succumb to the fashion effect of putting drone shots without having a real narrative need!

Certainly, from the top "everything is more beautiful", so what?

What is the meaning, the added value, the imperative contribution to your film?

These are the very first questions you must ask yourself, even if you give up the drone temptation!

Nevertheless, if you have an overflowing imagination and the budget to devote to it, undoubtedly, some well-made and perfectly realized drone plans can have an artistic interest in your work. But that only belongs to you, to your creativity, and the drone will only be one of the tools.
A tool. Nothing more, nothing less, as there are dozens at the service of your desires for images!

DroneFAQ#02: A drone, is it a cheap hélicoptère and more practical ? 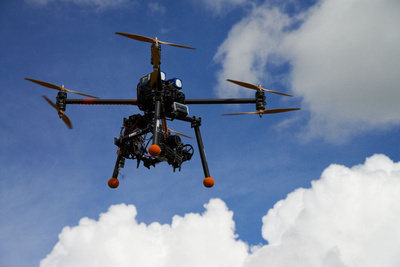 A drone does not fly as fast, nor as high, nor as long, nor in strong wind or rainy weather!

The big difference in our opinion between the two aerial vectors being that the drone "pulls off the ground", even if it can also perform nice descents, while the helicopter arrives from far, and / or high, it s approach and bypass the filmed subject!

The drone follows you everywhere, but much closer than a helicopter (1m), even in the forest, in a tunnel, under a bridge, at the water's edge and at ground level (20cms!): Imagine the unfeasible plans that this wonder will bring you if it is used wisely! So much plan inaccessible in helicopter.

Like any tool, the drone will only fully reveal itself if it is used judiciously and sparingly! 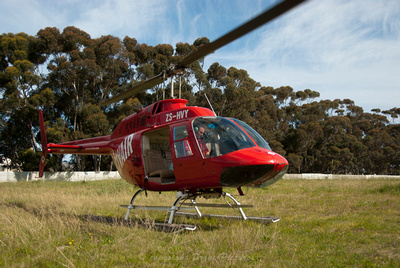 Finally, yes again, if you think of the drone for a car tracking plan on a mountain lined road (at the Shining) ... provided you do not drive at more than 40-50km / h!

Otherwise, think of the helicopter instead.

See our special drone video about Tracking Vehicles in 4K Track & Follow" and our latest reel "Need for Speed", all shot by our drones, often in a dual operators configuration.

Note that the drone can in some situations be more expensive than a helicopter hour.

DroneFAQ#03: What are the simple or complex flights that a drone can perform?

Based on the principle that we have a flying camera evolving in three dimensions and that the operators have joysticks on their radio-control that they can use in individual mode or in simple or complex combination, it is indeed possible to execute of innumerable movements, at very different speeds and angles!

The basis of what the drone can do in audiovisual matters revolves around these plans:

Finally, our favorite, rarely applicable but it is a bluffing Combo: effect vertigo during a semi-circular tracking!

DroneFAQ#04: Are the fixed focal length always wide angles or are there possibilities to use various lenses, zooms, from 24mm up to 90mm ?

Once upon a time, before the year of grace 2014, when the vast majority of drones were flying beautiful interchangeable lens devices and where it was common to be able to choose its focal length according to his own desires, needs, inspirations, not to mention its camera or case responding with exactness to the creative imperatives!

Today, these drones have invaded the market and it becomes difficult to have the choice of a longer focal length, not to mention a larger sensor.

Even more to find a zoom to perform a Vertigo effect in 4K for example!

And yet, to be able to choose your focal length and / or a zoom for each flight, is a major asset in the conception of an image: to play with the perspectives, to vary the depth of field (the zone of sharpness), to frame tighter without putting the drone too close to the subject (also security and precision issue), zoom during a follow-up to compensate for the distance in case of unspecified subject / drone speed, use a follow-focus on some cameras ... 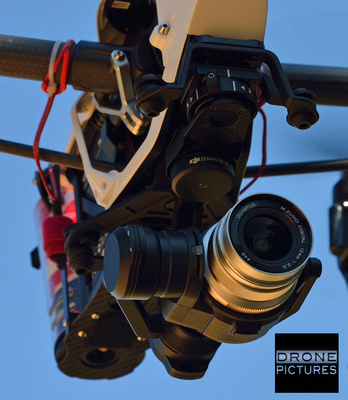 It is an essential guarantee of openness to the possibilities that it is crucial to preserve because we do not like to say "no" to an inventive spirit!

Here, it is necessary to evaluate the rendering need for the desired images by the DOPand the technical counterparts of the drone. Clearly, the more a drone is big and heavy (case of a machine capable of lifting a Red or similar), smaller will be his field of flying possibilities.

Here are some examples:

Ideal compromise: use a smaller camera with an excellent lens, and recover the non

compressed via the HDMI output, in 4k if necessary, and record it in 422 / 10bits in Prores HQ, knowing that a Gh5, a Sony A6500 or A7IIs have an exposure latitude of 11 to 12 stops (Ev) and generates little noise in dim light. The A7, GH5s or A6500 is the most suitable - for the moment - for shooting in restricted light see at night (although prohibited by drone, except derogation!).

Another solution that we prefer: the filming in Raw or ProRes 4444 or 422HQ with the stabilized camera Dji Zenmuse X5S and its fixed focal length optics Zuiko Prime 12, 25 or 45mm embedded by the excellent drone that is the Inspire 2.

DroneFAQ#06:  What are the drone rules in France (according ti the decrees of december 2015) ?

There are many, it is to get lost sometimes but common sense dictates that most of the rules were enacted for obvious reasons of third-party safety, knowing that a drone broken down in mid-flight will drop like a stone of several kilos and that nobody wants to be under that time, or on its uncontrolled trajectory.

Here is a summary of the main procedures and limitations that every responsible and conscious UAV pilot must respect scrupulously: 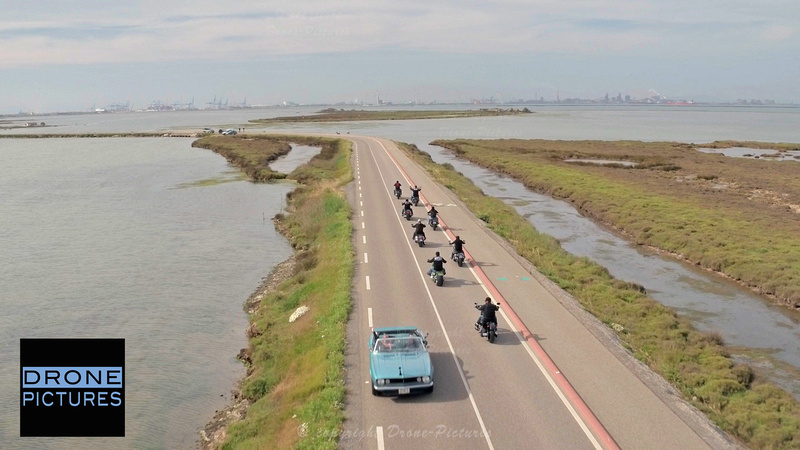 Chrono question : once the technical choices validated with the customer, the longest is to decide on the flight to achieve and its settings. Then you have to mark each time the takeoff area and notify third parties not to enter. The initialization of the drone then takes just 2 minutes and the flight time depends on the type of drone and what it weighs in the air: 6 to 30 minutes of flight without changing batteries!

Weather question : all drones are not equal before the vagaries of the sky! There is even a waterproof model ... but we rarely want to film by drone when it rains or by a cloudy and gray day !
Right after rain and water, the worst enemy of the drone is strong wind: we do not recommend flying in bursts higher than 50-70 km / h.
We cancel most of our missions in the city from 40-50 km / h because they are populated areas and we do not wish to expose the population to a risk of loss of control due to an unpredictable Venturi effect.
Another enemy of most drones: rainwater. The snow is still conceivable in small doses and with some flying machines, the humidity passes without worries taking a few precautions.
DroneFAQ#08:  Why is a drone shooting is so expensive ?

Everything is relative, but most serious UAV operators, established over the last few years, seek to maintain balanced accounts in their annual balance sheets. The approach is healthy and responsible and for this, they practice a daily rate around 1500 € for a drone, manned by an experienced team (pilot + cameraman), including the camera, batteries and monitors.

This amount is generally divided into the following four components: 1/4 going to the pilot, 1/4 to the cameraman, 1/4 covering the equipment costs, the last quarter paying the regular costs to maintain the activity.

It should also be noted that owning several drones and several cameras (even modest) involve investments sometimes important for companies often small and often use credit to finance these recurring purchases, given the rapid obsolescence: between 15 and 50K€ invested over 2-3 years in most cases.
These short-term credits generate high monthly payments. Barely reimbursed, we must take another to fund new equipment more efficient, always requested by customers.

Other factors directly affecting the rates:

In sum, you might just ask yourself the following question: 'Can I afford to risk missing a shoot by choosing the cheapest provider, so certainly the least experienced, and perhaps the least reliable?'

And how to evaluate the added value of talent, precision, creativity, enthusiasm, responsiveness, strength of proposal?

The answer belongs to you and you know from experience, that everything has value.

DroneFAQ#Ultimate: In a nutshell, do I need a drone point of view ?

It all depends on your answers to the questions throughout this article, plus one, a fundamental reason to our sense : 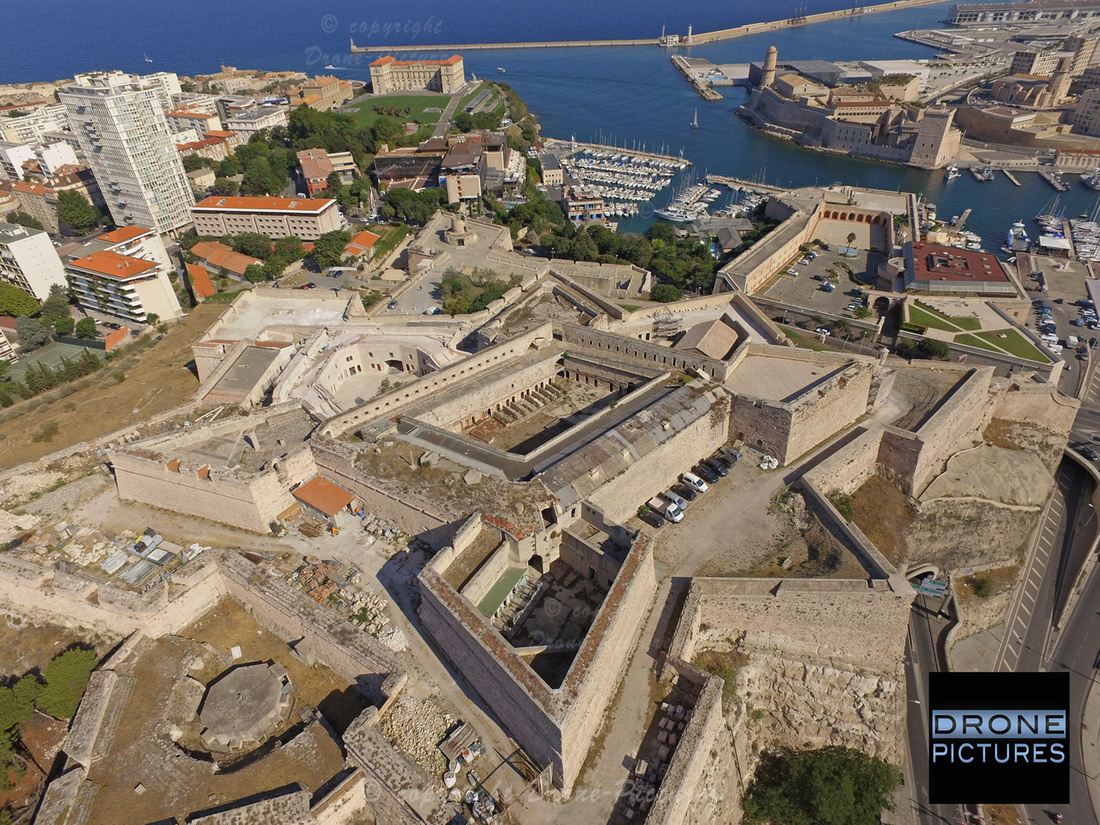 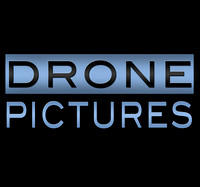